His unrelenting explorations of non-idiomatic improvisation using trumpet, clarinets, synths, diy electronics, vibrating speakers etc., made him one of the most active experimental musicians in Prague these days. He is founder (with George Cremaschi) of Prague Improvisation Orchestra and bands like Poisonous Frequencies (with Didi Kern and Tomislav Federsel), junk & the beast (with Veronika Mayer), The MoND (with Ken Ganfield and Pasi Mäkelä), NOIZ (with Thomas Lehn and Tiziana Bertoncini), IQ+1 and others. He regularly works with dancers (13 aphorisms - based on Milan Grygars acoustic drawings, duo KaPe, Moving Orchestra a.o.) and filmmakers (live music for experimental or silent movies, creating music for animated movies etc).
His discography includes debut double vinyl Prague Improvisation Orchestra on Polí 5, Punkt (with Kurt Liedwart) on Mikroton, Resonators (with George Cremaschi and Irene Kepl) on Another Timbre, Torschlusspanik by Poisonous Frequencies on Meteorismo, duo with Yan Jun on Kandala records and many others. For two albums he was also member of psych-rock band Rouilleux.

In 2010-2016 he curated the musical programme of Communication Space Školská 28 which was a multifunctional space for various nonprofit cultural and artistic activities. Since 2018 he became dramaturgist for the Alternativa festival in Prague.

Since 1994 he plays as a DJ at Radio 1 in Prague (last years include the 13 raw programme), and was also a temporary student of gamelan music at Institute of Art of Indonesia in Yogyakarta (1997–1998). 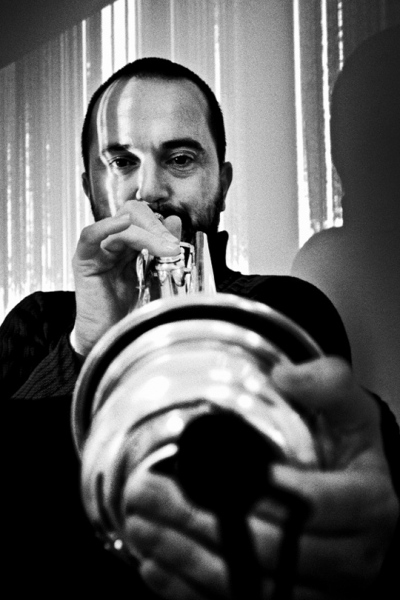